We live in a world of contradictions – 8.4 million people in the UK struggle to afford a meal every day, according to the UN’s Food and Agriculture Organisation. Yet at the same time the food waste charity WRAP has shown that this country throws away over 7 million tonnes of food every year. So what is the food and drink industry doing about it?

There’s no easy solution to the UK’s food waste problem. And let’s be clear, the food we’re referring to here is usually surplus or misshapen food that’s going to be thrown away, not food that’s gone off, contrary to what the word ‘waste’ seems to imply.

Cucumbers too curved for packaging, pears too bumpy to sell, strawberries of non-standard sizes and apples that aren’t ‘red enough’ end up as compost – or worse, landfill – despite being perfectly edible.

The wonky veg phenomenon is sweeping across our supermarkets with shoppers lovingly opting for the (much cheaper) underdog instead of the ‘perfect-looking’ veg that will only be chopped up as soon as it gets home. Back in 2013, up to 40% of food waste was blamed on ‘ugly’ fruit and veg! And now, it seems, that UK households are to blame – we buy too much, we don’t store it properly, we have the wrong attitude: reports suggest that 70% of post farm gate food waste occurs in UK households.

There is a movement, though – and it’s gaining momentum. Wonky veg – yes. TV shows on almost every channel that show us how not to buy 40 cauliflowers and just opt for one at a time, yes. And food brands turning waste into taste.

The brewers joke that it is the best thing since sliced bread, and as the first UK-produced beer made from discarded crusts and unsold loaves, they could be right.

Toast Ale, made entirely from surplus bread that would otherwise be thrown away by bakeries, delicatessens and supermarkets has won a whole host of awards. Not only does it work with craft breweries around the UK, it’s also released a bread beer recipe so that homebrewers can get in on the action.

On the subject of beer, one of our own clients, Seven Bro7hers Brewery, has teamed up with Kellogg’s and created three craft ales out of discarded grains created in the cereal cooking process. Still packed with taste and flavour, the rice-based flakes don’t quite make the grade required to get into the cereal boxes. But they’re not wasted!

We’ve tried them all – several times – and they’re really good.

Rubies in the Rubble

Founder, Jenny Dawson started reading about the problem of food waste after seeing the amount of discarded produce at markets across London. In 2011, she founded Rubies in the Rubble to create jams and chutneys out of unsellable fruit and vegetables.

Employing a group of long-term unemployed women, the business quickly grew. Now with a range of award-winning relishes, ketchups and mayos stocked in supermarkets and delis across the UK, Rubies in the Rubble is undoubtedly a foodie success story.

Too Good to Go

Too Good To Go fights food waste by giving stores a platform to sell their surplus food. Their mission is “to reduce food waste worldwide and create a world where ‘food produced’ means ‘food consumed’.”

And they’re doing pretty well so far. According to their website, in less than two years they’ve partnered with over 5,000 stores to fight food waste, 3 million people have downloaded the app, and over 2.5 million meals have been rescued.

Another tech start-up making progress in the food waste fight is Olio. Their platform aims to end food waste at home by letting people upload details of the food they would otherwise throw away, so that others living nearby can take it off their hands.

They also have a ‘food waste heroes’ programme, where volunteers offer to pick things up from cafés and shops and list this food on the site.

According to Olio’s figures, so far they’ve stopped over 170,000 meals from going to waste and they’ve got over 13,000 ambassadors and ‘food waste heroes’. Not bad!

Did you know you can create fuel out of coffee? Founded in 2013 by Arthur Kay, Bio-bean is the first company in the world to industrialise the process of recycling waste coffee grounds into advanced biofuels and biochemicals.

The UK produces 500,000 tonnes of waste coffee grounds every year, most of which is disposed of via landfill. According to Bio-bean, these coffee grounds are highly calorific and contain valuable compounds, making them an ideal feedstock from which to produce clean fuels.

The company collects spent coffee grounds from coffee shops, offices, transport hubs and coffee factories, recycling them into sustainable and high-performance products, with the aim of displacing conventional fuels and chemicals.

Snact aren’t shy about proclaiming the provenance of their products. In fact, they call them ‘food-waste fighting snacks’.

They started in 2013 making their first product, fruit jerky, using fruit collected from wholesale markets. Following a successful crowdfunding campaign, they launched into shops at the end of 2015.

By 2016, Snact was stocked in Ocado, Amazon, Planet Organic, As Nature Intended, Sourced Market, and lots of independent outlets across the UK and beyond. As well as tackling food waste, the company has made strides into tackling packaging waste by making their packaging ‘home compostable’. 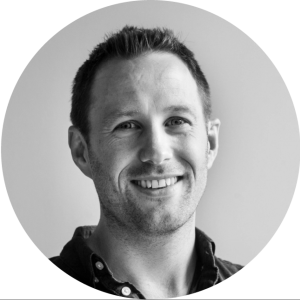 Made with love. Made to work. Made for you.